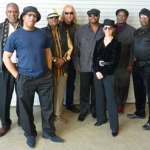 The Detroit Social Club Blues Band is one of metro Detroit’s top blues bands!  Led by Arthur Littsey, aka “Little Brother Arthur David” on guitar, the seven piece unit consists of two lead vocalists, Darnell “Doc” Gardner and Joanne Newman, Kenny Welk on harmonica, Mark Croft on keyboards, Chris Kent on bass and David Henri on drums/percussion.  Everybody in the band sings except the drummer.  In addition to blues, this band is also well known for its musical diversity as it can also do Motown, Classic Soul/R&B, Funk, Jazz, Pop/Standards and Country.  Widely known for its tribute shows (Blues: John Lee Hooker; Jazz: Kenny Burrell) at the Southfield Library (Jazz and Blues at the Library series), the Detroit Social Club moves from one genre to the next almost effortlessly.  As a result, the band is in high demand throughout southeast Michigan in places like…Jackson Blues Festival, (Milan) “Let’s Chill” Winter Fest, Algonac Pickerel Festival, summer concerts in Romeo, Detroit Zoo, Grosse Pointe, Southgate, Milan, Northville (Maybury State Park), Art Festivals in Port Austin and in 2018 the “Orchard Lake Fine Art Show”, just to name a few. 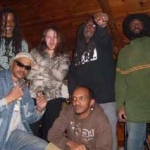 One Love Reggae Band is one of the hottest bands in the Midwest. A “Serious Force” to be reckoned with. True to the name & committed to bringing the best in live Reggae Entertainment. Performing various styles of reggae from Roots, Dub & Lovers Rock with a unique signature sound. The band has five seasoned members who have been in the music industry for more than three decades, with various musical backgrounds. One Love has had the opportunity to share the stage with well known Reggae Recording Artist. 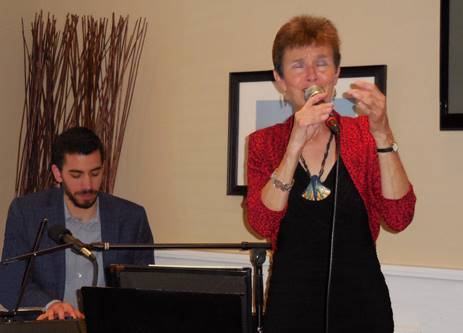 Cool is the mood and smooth are the jazzy grooves when you sit back and listen to song stylist Sheila Landis accompanied by pianist David Thomas. In addition, multi-instrumentalist Thomas also adds sweet vocal harmonies to the mix, punctuated by sonic colors on the trumpet and flute. 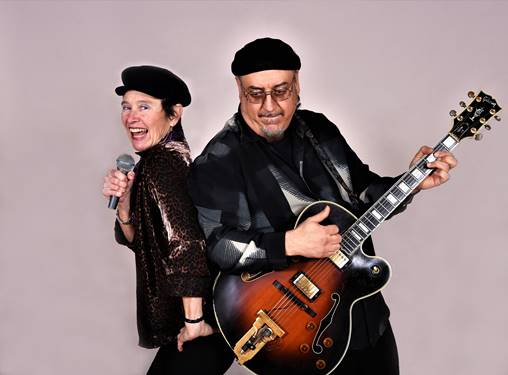 Singer Sheila Landis is a Seven-Time Winner of the “Outstanding Jazz Vocalist” Award as bestowed by the Detroit Music Awards. Her most adventurous work is done in the company of long-time musical partner, 7-string guitarist Rick Matle whose full accompaniment supplies top, bottom and everything in between. Together Landis and Matle fearlessly explore swing jazz, blues, Brazilian rhythms, funky pop and their own inventive collaborations, elegant yet edgy. 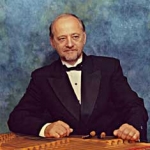 You will be mesmerized by the sweet sounds of the Tsimbaly instrument from Belarus, so superbly executed by the astonishing Vladimir Gorodkin! 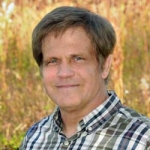