Hot Works Fine Art Shows Founder, Patty Narozny entered the art world with a unique set of media qualifications that enabled her to organize, market, produce, and curate the submissions for her award-winning fine art shows. Armed with B.S. in Corporate Finance from Detroit’s Wayne State University (1986), she started as comptroller for Detroit’s alternative art-heavy newsweekly, which led her to a management position at Detroit’s NBC affiliate, a pivotal point in Ms. Narozny’s career.

It was at NBC where she learned the fine art of media negotiation, and which, to a large degree, accounts for the extensive media coverage her shows receive on the most limited of budgets. Combining strategic media buys with social media marketing Narozny has been able to run hundreds of commercial spots in the regions where each of her shows is held.

Hot Works media partnerships created the seeds for success which allowed Narozny to expand and create the Institute for Arts and Education, a 501c-3 non-profit for community outreach programs and the nationally recognized Youth Arts Competition held at each Hot Works Fine Art Show.

Over the years, Narozny has built a loyal following of nationally recognized artists and art patrons due to her high standards of quality and her determination to keep her show 100% authentic original fine art and fine handcrafts  made and represented by the artist in person. The nationwide presence of imports and buy/sell products is so prevalent in today’s art fair scene that many shows have just given up in trying to maintain authenticity. Narozny sees this as a break in the trust that art patrons expect from any quality art fair. While it’s an ongoing struggle, Narozny keep an eye on the forged and fake “art” coming into this country and trusts her artist exhibitors to assist in the effort to keep every piece of art shown at Hot Works Fine Art Shows authentic.

The Institute for the Arts & Education (IA&E), a 501(c)(3) charitable organization whose stated purpose is to “educate and promote Fine Arts and Crafts among all artists and students, of all age groups and diversity, and to the general public.” IA&E’s “Youth Art/Budding Artist” competitions, a major component of all Hot Works’ events, are open to all budding young artists as young as five. Winners receive cash prizes, as well as Hot Works’ well known, gorgeous, 24″, seven-tail, ribbons – the same ribbons given the winners in the professional categories – as well as press coverage. With its separate awards ceremony on Sunday afternoon, to which all Budding Artist participants and their families are invited, Ms. Narozny again re-confirms her commitment to the arts in America and to those she serves with her diligence, integrity, and her never-ending goal of doing whatever she can to facilitate the independent artists’ ability to sell their art directly to the patron and collector at her shows. She is a one-of-a-kind in the world of art fairs. Ms. Narozny and her husband, both avid gardeners, reside in White Lake, Michigan.

Jim has been an integral part of live television productions for 35+ years.

Jim is currently the director for the Detroit Pistons in-venue show since 2014 as well as the Detroit Red Wings director for the inaugural season at Little Caesars Arena. He directed the NHRA drag racing series that airs on Fox Broadcasting Companies and FS1 for two plus years.

As the technical director for many live TV sports, including NBA, MLB, NHL, NFL pre-season games, NASCAR, American LeMans as well as many corporate events with General Motors, Ford and Chrysler (now FCA), Jim has had a rock-solid background in technically implementing and executing the always challenging multi-camera and multi-record broadcasts.

Jim’s career has also been creatively enhanced by his editing skills. Winner of five Michigan EMMY awards for outstanding editing, in multiple categories, while working with the Detroit Pistons. Most recently, Jim collaborated as an editor on a Howling Diablo’s “Funk Hand” production, that earned Outstanding Video / Independent Budget (under $10,000) at the 2016 Detroit Music Awards.

Jim’s love of the visual arts has complemented and naturally led to his association and development of the Hot Works shows and brands. 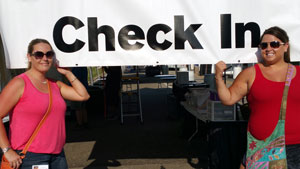